As it happened with other plants, without going further, with the cannabis, the so called Kratom or Mitragyna speciosa is causing a great controversy.

Countries like the USA have decided to outlaw the consumption of this plant because they consider it a drug with addictive potential that can be dangerous for the health.

However, there are many who consider that Kratom can be a powerful tool to combat pain and especially to alleviate the effects of heroin withdrawal syndrome.

Traditional use of Kratom

As mentioned above, Kratom has been used in traditional medicine in Southeast Asia for centuries. The most common form of consumption is to chew its leaves to relieve muscle pain and increase energy, appetite and, sexual libido. This plant has also been used as an analgesic to heal wounds and as a local anesthetic. Mitragyna Speciosa extracts are also used to treat diarrhea and intestinal infections.

Kratom as a substitute for opioids

Although this plant is not regulated for medicinal use, many of its proponents claim that it is a powerful tool in the detoxification processes of some opioids, particularly heroin. Some claim that this plant helps to overcome addiction and acts as a natural analgesic. However, the DEA in the USA, considers that it is a dangerous substance that can involve serious health risks and has prohibited it by classifying it as highly addictive.

How is Kratom consumed?

There are several ways to consume this plant and get its effects, the most common are to drink it as a tea or chew its leaves. It is also marketed as an extract or pill and sometimes smoked or consumed with other foods.

Consumed in high doses, this plant can produce negative effects such as

As mentioned above, the dose in this case is crucial to predict the effect. In low doses (1-5 grams of fresh leaves), a stimulating effect is usually produced whose adverse effects may be some blushing and feeling of heat, dilated pupils and anxiety. In slightly higher doses (5-15 grams of fresh leaves), the sedative effects begin, more similar to those produced by opiates, these can include dizziness, sweating and tachycardia. In very high doses and in continued consumption, kratom can produce insomnia, muscle pain and diarrhea.

Overdoses with this substance are not frequent, however several cases have already been reported in which it has been produced and has even led to death. In most of these cases, individuals had consumed Kratom along with other psychotropic substances or with alcohol.

Warning: today this plant is marketed online, however it is not a controlled substance so the potency and purity of the product that finally comes home offers no guarantees. That is why consuming it without prior knowledge and without an official guarantee on the quality of the product, can be dangerous for your health.

As far as the mental part is concerned, it is a kind of liberation accompanied by euphoria. These effects are among the most grateful by those who consume it. It also sometimes produces a somewhat particular sensation, which is that of levitating on the bed if you find yourself lying in it.

As many amateur as well as expert photographers take a portion of their images inside, you would certainly think we ‘d all be experts at shooting interiors. Yet if there is one encompassing truth concerning photography that I have found out over the years it’s this – the much more I learn about photography, the […]

Additionally described as efficiency marketing, affiliate marketing is a form of performance-based advertising and marketing in which a service pays its affiliates based upon the activities of a visitor or consumer brought to the business via the affiliate’s very own marketing efforts. Brand names as well as agencies offer associate chances to authors while affiliates […] 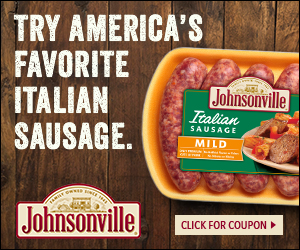